“At the end of the tunnel we arrive here, an inner sanctum of endless adventure.”
Alice is an artist. Alice wants to create new work. Alice doesn’t want to create the work she feels pressured to create. Will Alice find a path to create work her way?

Noah's Ark: The Cabaret Show at the End of the World, Canal Cafe Theatre, 2022

Noah's Ark 'The Cabaret Show at the End of the World' is a cabaret show that showcases young and emerging artists aiming to provide a platform to create work in response to the climate crisis. It featured drag, spoken-word and comedy. Cherry wrote and performed spoken-word in exploring capitalist responses to climate change, with the focus on empowering small and community focused activism.

​Noahs Ark was funded by Boundless Theatre as part of their Boundless Accelerator Programme.

As global temperatures rise, the quality and quantity of our crops decreases. In the not-so-distant future, coffee bean production will halt – caffeine will become extinct. By 2050 there will be no more chocolate. Step forward into 2031… Welcome to Cece’s Speakeasy. A place for truth-seekers, chocolate lovers and coffee drinkers. For adventurers. For those with a story to tell and those who want to listen. A place to indulge in the forbidden delights of an espresso martini, devour a hot chocolate and just kick back, relax and immerse yourself.

Set in a future world where coffee and chocolate are nearly extinct, Cece’s Speakeasy was an immersive poetic experience where storytellers, poets and musicians share new work exploring hope and action during the climate emergency. Cherry wrote and performed her own pieces for Cece's as one of their young activists, mentored by Kat Francois.

Cece's Speakeasy was conceived by Zena Edwards and Lisa Mead and produced by Apples and Snakes in association with Jazz re:freshed and The Albany. Cece's Speakeasy was commissioned by Season for Change, a nationwide programme of artistic and cultural events that celebrate the environment and inspire urgent climate action.
Find out more at the Cece's Website

Dear Little Me, Viable, The Bread and Roses Theatre, 2021 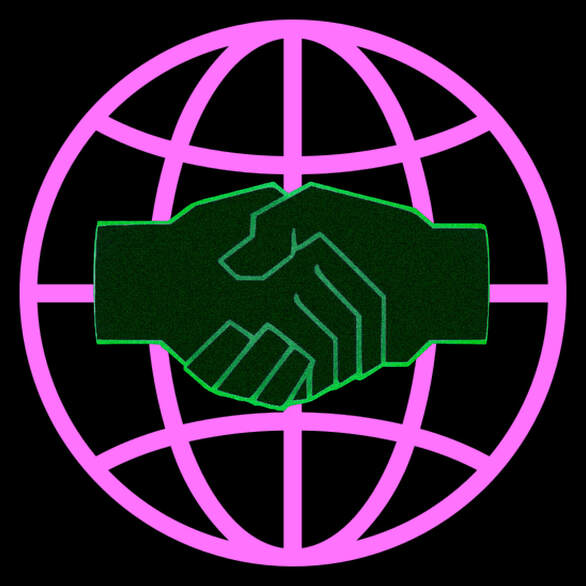 EPIDEMIC aimed to bring together research and performance, in partnership with the Patient Experience Research Centre at Imperial College London. Five groups were given a piece of research about COVID-19 from various stages of the pandemic, and created a short film, incorporating their personal experience with elements of the research.

​The project was initiated and managed by Fola Afolabi, supported and facilitated by Burnt Orange and Holly Mazur, and funded by The NIHR Applied Research Collaboration Northwest London.
Learn More

A spoken word short about youth, nostalgia, and growing up, from Cherry's short collection 'Prologue', which explores growing up in London. 'Dear Little Me' was selected by Eastside to be apart of the 'I Know, I Wish, I Will' project, and was published in Eastside' yearly poetry anthology.

Written, directed and performed by young people, ‘Stories’ guides its audience through a collection of tales, an anthology of experience told through the words, voices and actions of teenagers today. Navigating loyalty, boundaries, conflict and selfhood, ‘Stories’ offers an authentic look at the highs and lows of young minds today, reminding us all of the magic we create when we give people the power to share their experience.

'Stories' was an evening of short plays exploring the theme "Matters of the Young Mind" led by young people. Cherry directed 'Tell Me I'm Pretty', written by Alice Gulliver, and wrote 'Photographs' and was praised in a four star review by Chris Omaweng

"The final story, ‘Photographs’ by Cherry Eckel, was a case of saving the best for last (…) The pictures themselves remain unseen to the audience, reliant entirely on descriptions in the script, which are detailed enough to engage the imagination without indulging in pedantry or coming across as too laborious in illustration" 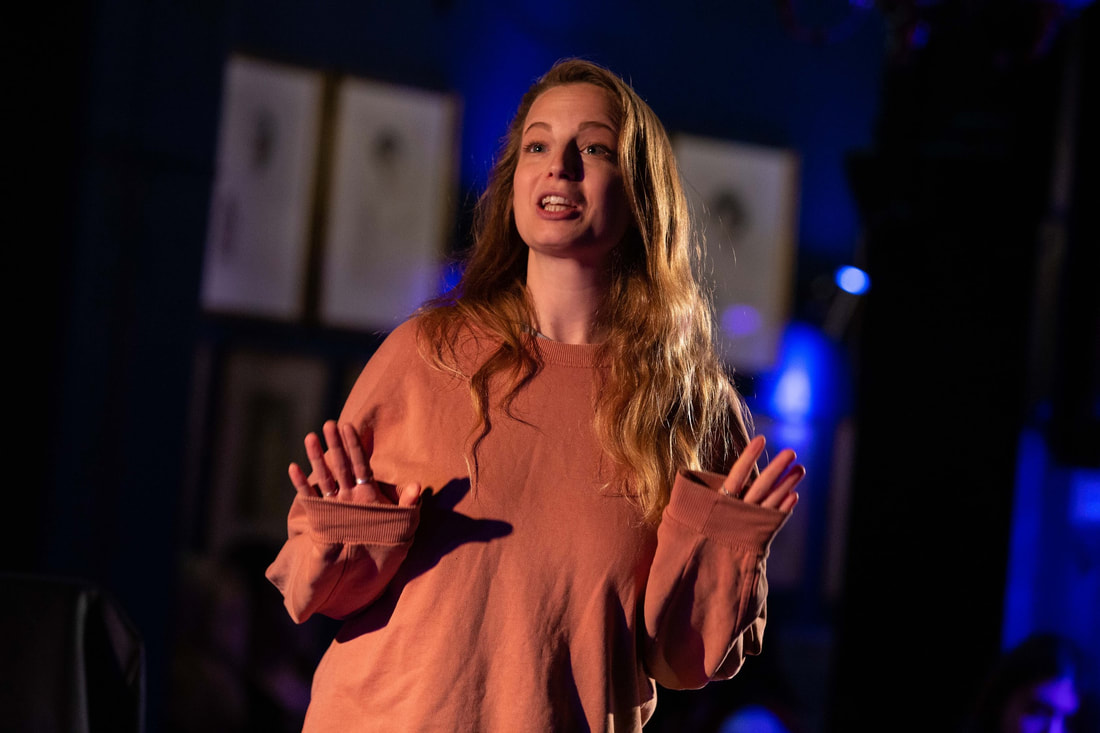 A government facility. A citizen. Ten minutes left. A show exploring life, death, and what comes next. Directed by Kayla Feldman and performed by Izzi Richardson at the Phoenix Arts Club.

Having inherited a future they don’t necessarily want, in a country fragmented by beliefs and paralysed by confusion, what do the next generation have to say about this mess we’re all in? What barriers, invisible or otherwise, exist in their lives and is Brexit affecting them for better or worse? Now their lives are in the hands of clowns, what should our young people do? Laugh? Cry? Or fight? This is Britain’s Spring. It’s a new dawn and the sun is rising… just, no-one knows the landscape it’s about to shine on. One thing is for sure – everything is Ramping Up.

​"Steeped in hilarious metaphors and powerful singing, Ramping Up: Scratch leaves me chuckling about the devastating fact of Brexit.(...) Ramping Up: Scratch also includes poignant messages from all of the individuals on stage. With personal stories, spoken word poetry, rap and singing, we feel the actors’ hearts and souls in this production.(...) Overall, Ramping Up: Scratch is a highly amusing show that addresses a current issue the audience can easily connect to. It feels nice to have an evening laughing about Brexit, rather than worrying about what it means. A strong performance from all and a brilliant collaboration."
- Madeline Lee, A Younger Theatre

'VOTES' explored politics, protests, and the vote from the perspective of young people who were voting for the first time or were not yet old enough to vote. The play was inspired by the 100th anniversary of the 1918 Representation of the People Act. 'VOTES' combined movement, verbatim theatre, and spoken word. 'VOTES' was devised by the company, led by Selina Thompson, Eleanor Henderson, and Bridget Minamore, running once in October 2017 and again in April 2018, for the Homegrown Festival.